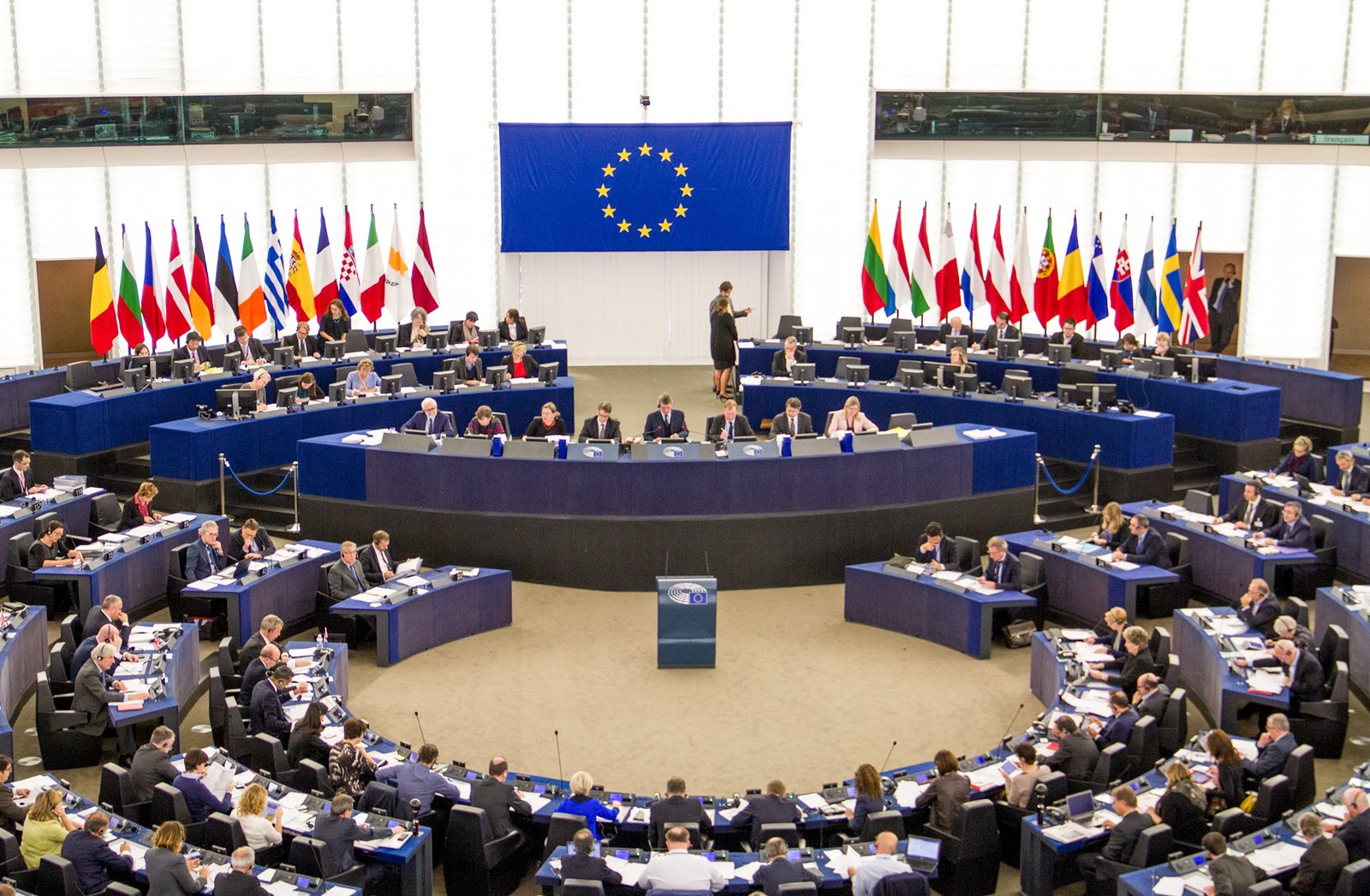 The EU is mired in crisis, disoriented by Britain’s decision to leave the Union and the increasing scepticism towards Brussel's and Germany’s dominating influence. Even though the election of Macron as President of France has given new momentum to the debate on the future of the EU, it has not given this debate a more precise direction. How can citizens initiate changes in the constitutional structure of the EU in a sustainable way?

The Path Determines the Goal

In this context, it is worth turning to Armin Steuernagel’s ideas, for instance [Armin Steuernagel: Emotional Ownership (Citizens Emotional Constitution Making Process) – Lessons from Philadelphia, Reykjavik, Mexico City and Zurich. April 2017]. His primary concern is not what Europe’s future constitution should look like. He is much more interested in defining a path to help us draft a constitution that is backed by as many Europeans as possible. His central thesis: On the way to drawing up this new European Constitution, it is not only its content that matters. Its acceptance will also hinge on the degree to which the EU and its member states succeed in involving their citizens from start to finish. The citizens have to be convinced that it is “their” constitution – Steuernagel calls this “emotional ownership”.

This is not just a question of acceptance - in other words, of avoiding the kind of situation that emerged in the wake of the last EU Constitutional Convention, when the Constitution was rejected in referendums in both France and the Netherlands. Rather, he believes that involving Europe’s citizens will help forge an entirely different kind of constitution. The last Constitutional Convention in 2002-2003 largely lacked any form of citizen participation. It was not even clear that it should be put to the vote. In its final form, this Constitution comprised 448 articles, and it was not intended to be understood and read by its voters, i.e., by ordinary people. The Convention’s main aim was to draft a constitution that would be approved by the European Council, i.e., the national governments, and then adopted by the parliaments, rather than a constitution that would be read by the citizens and adopted by way of a referendum. Hence, it came as a complete surprise in the end that nine EU states decided to hold a referendum and when the referendums in France and the Netherlands failed, the governments simply adopted the Treaty of Lisbon not as a constitution, but as an international treaty, even though they hardly differed in content. The governments ignored their citizens’ vote.

This begs the question: Based on these experiences, what could be done differently? How can we develop a constitution through a process that involves citizens from the very beginning and ensures it will also be approved in referendums in the end? We believe such a constitutional process would have to meet three criteria:

Article 48 of the Lisbon Treaty already contains an obligation to hold a convention in the event of general treaty amendments. Mehr Demokratie e.V., therefore, believes that the adoption of measures to save the Euro without a convention was a breach of European law. However, this cannot be brought before the European Court of Justice, as European Law does not accommodate constitutional complaints. In any case, Article 48 only provides an initial point of intervention. Ultimately, a convention would have to be made more democratic in essential respects than Article 48 stipulates. The crucial question, therefore, is: Can we overcome these stipulations?

The Citizens’ Convention and Democratic Legitimacy

Today, Europe is primarily a union of governments that are reluctant to give up their respective powers. Revising the EU Treaties will, therefore, require significant efforts to politically mobilise citizens, civil society, political parties and parliaments and launch a broad political debate that encourages citizen participation.

These mobilisation efforts should be focused on calling for a directly elected representative constitutional convention – convened by the citizens of the EU – i.e., a Citizens’ Convention. A directly elected convention is most likely to have the strength to overcome concerns and blockages and forge a genuinely European constitution. The result must then be presented to the sovereign, i.e., the citizens, by way of a Europe-wide vote.

The preparations for convening the Citizens’ Convention should already be flanked by public debate. This debate should be prepared by large forums bringing together NGOs, trade unions and associations in all EU countries with the aim of discussing the project with broad participation of civil society. The process should then be launched by way of a Europe-wide referendum in all EU states on the convening of the Convention. This popular decision should address the convening of the European Citizens‘ Convention and lay down a set of rules to reassure citizens that the entire process will lie in their hands from start to finish.

Openness to results and respect for the sovereignty of nations

In order to avoid the impression that the Brussels administration or the large EU states are imposing a constitution on the people, the resolution for convocation must contain three principles:

Communication should be facilitated at different levels using various channels. The following examples, which vary in the degree of participation they allow, are mainly based on experiences in Mexico City and Zurich:

All participation processes should ensure that participating citizens receive a written response and, ultimately, appropriate feedback regarding the consideration of their proposal.

Once the consultation process has been concluded, the draft Constitution is adopted. However, since the next step is a referendum in all states, there is substantial pressure on the Convention to give the Constitution a form that will secure a majority in all states. Close votes over controversial issues would only add to the challenge.

The Constitution should be ratified (i.e., by way of a referendum) by the citizens of all nationstates, not by governments or parliaments. A Europe-wide referendum will be held on the draft Constitution, which should take place in all member states on the same day. Candidate countries may also participate in the vote.

Ratification of the Constitution requires the approval of a Europe-wide majority of citizens. There must also be a qualified majority across all states to adopt the Constitution. One conceivable option could be a two-thirds majority.

When voting on alternatives, citizens should be allowed to vote for several alternatives and, if necessary, to express their preferences, as is the case in Switzerland. The decision on any one alternative does not affect the overall approval of the Constitution.

Should the referendum fail to produce the necessary double majority, the Constitution is rejected, and consultations will be reopened.

The open nature of the process we are proposing here makes it impossible to predict individual results. However, we would not be promoting it if we were not convinced that the active participation of thousands, and hopefully, hundreds of thousands of citizens could spark some higher reason, that is to say, that its outcome might surpass those produced by experts or technocrats.

There are good reasons to believe in this. Experience teaches us that the prospect of a referendum and extensive citizen participation hardly inspire lame compromises but lead to outcomes that are often more courageous and more responsible than what professional politicians dare to formulate. Take Switzerland, for instance, where referendums so frequently determine the country’s course and have paved the way for surprising decisions: whether it is shifting freight from road to rail, introducing a basic pension for all, funded mainly by the rich, or becoming the first country to enshrine animal welfare in its constitution.

We are convinced that the desire for more democracy will play a significant role. Democracy, though, is about more than elections and their resulting coalitions. Democracy requires robust instruments to ensure citizen involvement not only during but also in between elections. It also requires decentralisation of decision-making processes by way of strengthening local and regional authorities and thus, local democracy, as well as consensus building, genuine equal opportunities, and much more.

Such a constitution will indeed contain provisions for a fully-developed parliament mandated with a full range of rights (full rights of initiative and control and budgetary sovereignty), facilitate and promote citizen participation and direct democracy, and promote consensus building on controversial issues. We, therefore, believe that the ultimate outcome of a citizens’ convention will not be a central state resembling France or the U.S., but a decentralised consensus democracy similar to Switzerland.

We are convinced that a citizens’ convention will forge a constitution that will be understood not only by legal experts but by the majority of people in the EU. Enhanced citizen participation will also produce a constitution that is clearer, easier to read, well-structured and as concise as possible.

Possible contents of an EU Constitution

The contents of an EU constitution or new EU treaties will, of course, be decided autonomously by the Citizens’ Convention. However, our experience of direct democracy tells us there is every reason to believe that a Citizens’ Convention will safeguard that key issues, including social justice, nature conservation, anti-corruption and other public welfare issues, are adequately considered in the constitution – even if strong economic lobbies can be expected to oppose this.

With yesterday’s ideas and concepts, there will be no way of overcoming the crisis and no way of building an EU of the future. Some issues call for close international cooperation, such as human rights, peace, financial market regulation, minimum social and environmental standards, and transport. Policies in the remaining fields do not necessarily have to be shaped in unison but can be, if the citizens so wish.

What is certain is that the structure of today’s nation-states cannot directly be projected onto the EU. We have to acknowledge that the European public sphere is limited, if it exists at all, and that there are no “European people”, hardly any European media, no vibrant European parties and that European civil society is underdeveloped. Adding to this are the challenges caused by linguistic diversity.

A democratic citizens’ convention is one solution to tackling the difficult task of democratising the EU. Should a convention procedure be initiated, we must ensure that it amounts to more than just a pseudo-participatory event that ultimately only produces a constitution or new EU treaties to be ratified by parliaments. The immense potential inherent in appropriate convention procedures is obvious: By building on the wisdom and creativity of the many, by bringing out the best in citizens who are willing to take action, and by ensuring that procedures are consistently democratic, we will move forward and strengthen transnational democracy.

Karl-Martin Hentschel is member of the board of Mehr Demokratie and writer - latest book «Demokratie für morgen» (UVK-Verlag).