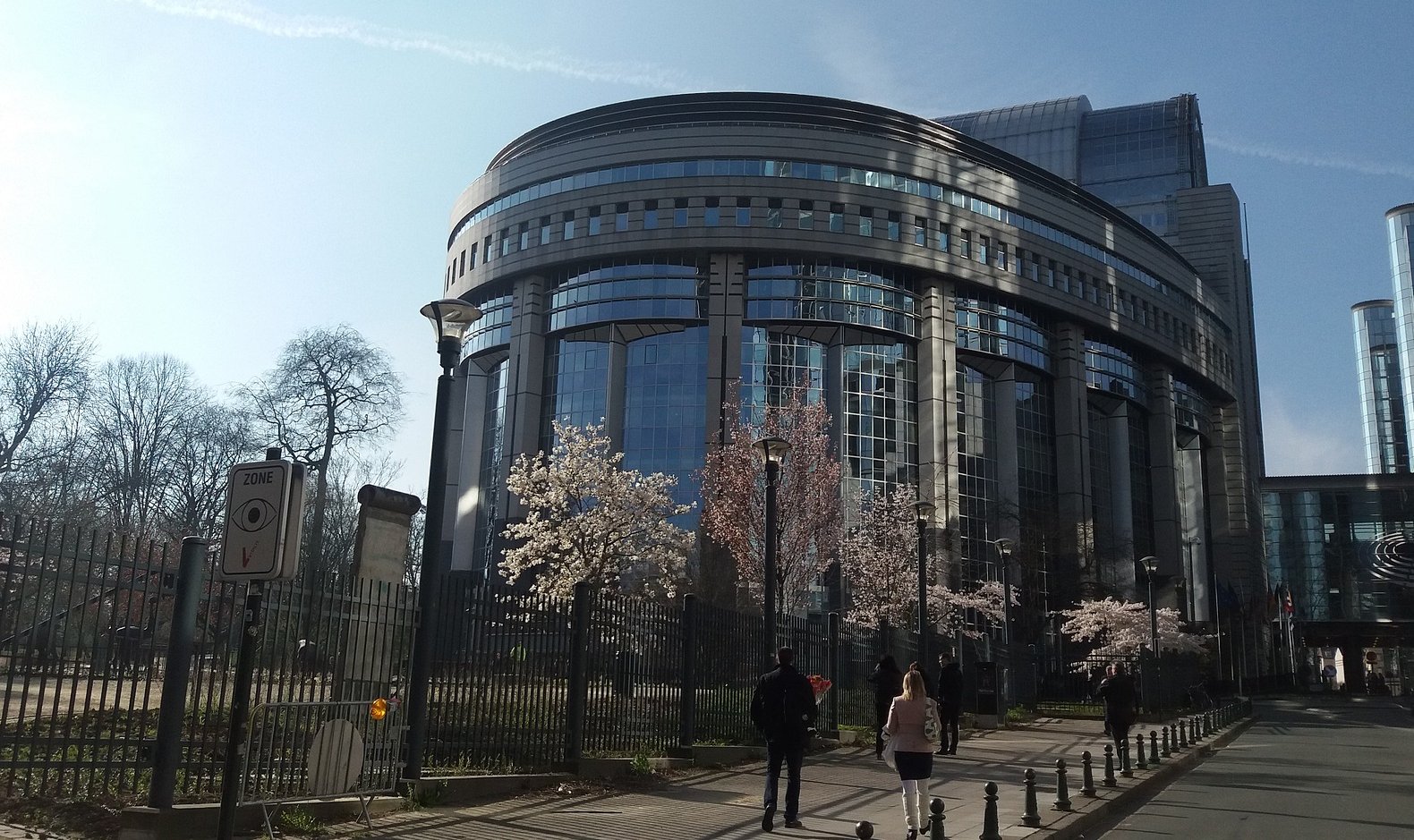 The past European Parlamentary elections have shown that the citizens have great trust in this institution. Now it is time to take the next step and to initiate a democratic overhaul of the EU in order to strengthen it in the face of the incoming multitude of challenges.

What a whining and lamenting before the elections: „Elections of destiny“, „the end of the EU is ahead of us“, „after the elections the nationalists will be block the EU“ and so on. I never was a friend of these dramatisations. In the end the citizens behaved sagely and responsibly. There was no breakthrough of anti-EU forces, and the „great coalition“ of Christian and Social Democrats has lost its majority, which will raise the quality of debate in parliament. But, there are more things on which to be remarked and which fuel my optimism.

The elections to the European Parliament have first and foremost demonstrated that the citizens want this parliament. The election participation was significantliy higher compared to the last elections in 2014. Since 1999 voter turnout was always below 50%, meanwhile it raised to over 50% in the European average in this year's elections.

In many countries – basically in the large Member States of Germany, France, Spain and Italy – not only the use of the avtive election right raised, but also the right to stand as a candidate (passive suffrage) increased. Many small groups ran for election with great energy and enthusiasm. Who would take the hassle of an election campaign, when the parliament is not valued as a place of discussion for the own political ideas?

The European media public is advancing

Maybe it is just a subjective impression, even more so from Europe-friendly Germany, but it seemd to me that the media coverage before the elections was more detailed than at former elections. Certain striking events, for example, Mr. Macron's initiative „Pour une Renaissance européenne“ were broadly reported and discussed in all 28 Member States, as well as Mr. Orbán's public reply. Both politicians were running election campaigns not only aimed to the public at home but oriented to the European theatre.

My impression is that this election campaign has brought us a great step closer to a European media public. Moreover, this impression is not clouded by the (otherwise foreseeable) handling of the lead candidate procedure („Spitzenkandidatenverfahren“) after the election. In no way can I recall ever having experienced as much media coverage on the European Council's deliberations as during this time. There were tickers updated every minute with all the rumours, half-truths, opinions and statements circulating from the Council and its surroundings. As a citizen, one could easily get a relatively clear picture of the opinion-forming process and the various interests that had to be brought together. The expression "backroom politics" no longer fits here at all.

At the end, it was exciting how Mrs. von der Leyen had to explain her political intentions in the European Parliament, and Mr. Weber certainly would not have had to do this in such an intense way. If they would have pursued the lead candidate process, his election would have been a done deal. But, Mrs. von der Leyen had to fight, explain herself and at least had to give (the impression of) binding commitments. I do not remember one single election of a President of the Commission with so much public debate and media coverage. Paradoxically, the rejection of the lead candidate even lead to a gain in democratic discussions.

The problem with the lead candidate process is not that the governments could easily ignore it. The problem lies elsewhere. It suggests that we have a parliamentary democracy at EU level, as we do in many Member States. It also suggests that the lead candidate could, after his/her election as President of the Commission, determine politics like a chief of government at national level. Neither is true.

The personalisation of election decisions is already highly problematic in the nation states. The tendency to focus more and more on people with good media performance (which Mr. Weber definitely did not have!) and to avoid discussions about election programs, emotionalises and polarises the public in a completely apolitical way. In the long run, this will erode the political substance of the election decision. Actually, a parliamentary election should be about the parties and their programmes, and not about the candidates and their faces!

It is not very helpful for the electorate when this procedure is brought to the European level. On this level, real European political parties do not yet exist. Still, there are more or less alliances of national parties that have come together loosely on the basis of similar basic beliefs. How binding their election programs are in the end and how strongly they can commit "their" lead candidate has not been very clear until now. The fact that the European Peoples Party (EPP, christian conservatives) dropped its lead candidate, Mr. Weber, at the slightest resistance from the Council speaks for itself.

The current EU rests on two strands of legitimacy: on Parliament, but even more on the elected governments. If you want to change this and give the European Parliament more political power, you have to deal with the following problem. In the small Member States, a powerful EU Parliament is not as popular as we in Germany or France believe it to be. Much greater is the concern that laws could be passed over the heads of the small Member States. Solving this problem will require many intense debates. The lead candidate process is no solution for this. In our working group, AK Europa, we have worked on these issues for a long time and finally made what we believe to be a well thought-out proposal. It rests essentially on four pillars:

1. The political competence of the Parliament has to be defined precisely in the next constitution or in the TEU. It has to be clear what is to be decided on at European level.

2. An elected Senate shall replace the European Council or the Council of Ministers. On the one hand, the national level should lose its veto function in legislation at European level. On the other hand, it gains moral strength and democratic legitimacy when it is elected.

3. Opting out rules should be institutionally guaranteed to small countries by the next constitution or the TEU. A qualified majority in a national parliament or a national referendum could decide that an EU law does not enter into force in this country. This option would give greater negotiating power in particual to the smaller Member States, and thus would prevent the institutional structure of the reformed EU from marching over the heads of the smaller states. What is important is that the conflicts remain within the legislative sphere, whereas today they always tend for the national executives to dominate the legislative sphere.

4. The EU Commission should not be politicised by the political game between governments and opposition as it is the case in today's parliamentarianism. This would lead to strong tensions between the various Member States. Unfortunately, at the moment we have not yet learned to discuss the various political alternatives in a truly European way. The debate quickly takes on the character of national contrasts: "the Germans" want this, "the French" want that and "the Hungarians" want something completely different. We therefore support the orientation towards a Collegial Council whose composition should include all political forces in parliament and all countries by means of a system of proportional representation. For decades, Switzerland has demonstrated how such a body works and how such a "depoliticised" government can do outstanding work.

In addition, such a system naturally requires the introduction of genuine consultation procedures and referendums at European level in order to give citizens the constitutional right to influence European politics. It is clear that this is a large-scale institutional reform, which in any case must be widely debated by a treaty amendment or constitutional convention meeting in public and finally voted on in a Europe wide referendum. Further details can be found in our position papers "Rethinking And Reshaping Europe" and "For a European Citizens' Convention".

The EU reform is now on the agenda

Europe is facing enormous challenges. Climate change is constraining enormous political efforts at the European level, the question of how to deal with refugees and immigrants must be urgently clarified, geopolitical challenges of various kinds are triggering extremely complex security policy discussions, within the states as well as between them. And last but not least, the question of economic division within the EU is on the agenda. The vision of a Europe of diversity and tolerance, of peace and well-being for all its citizens urgently needs an update.

We believe that now is the time to revise the EU Treaties and center the institutional structure more on the citizens. Among the current heads of government, there are many who are open to a convention on treaty amendments, first and foremost the French president, Mr. Macron. Mrs. von der Leyen, President-elect of the Commission, also explicitly mentioned this option in her "government program". Her proposal for a Council on the Future of Europe would be a good starting point if it were structured in a way similar to the Irish Citizens' Assembly. To this end, it would have to be ensured that:

Dialogue procedures such as those organised in the past by the Commission will not help, as the process has been too pre-structured. Instead, Parliament should make use of the outcome of such an citizens' council and draw up a proposal for a fundamental change to the TEU. Article 48 TEU gives it the right to call for a Convention to amend the Treaties. Will the newly elected MEPs this time find the courage to move in this direction?

Ursula von der Leyen, A Union that strives for more. My agenda for Europa, https://ec.europa.eu/commission/sites/beta-political/files/political-guidelines-next-commission_en.pdf. She writes: „I want citizens to have their say at a Conference on the Future of Europe, to start in 2020 and run for two years. The Conference should bring together citizens, including asignificantrole for young people, civil societyand European institutions as equal partners. The Conference should be well prepared with a clear scope and clear objectives, agreed between the Parliament, the Council and the Commission. I am ready to follow up onwhat is agreed, including by legislative action if appropriate.I am also open to Treaty change.Should there be a Member of the European Parliament put forward to chair the Conference, I will fully support this idea. “